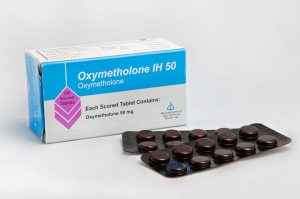 Oxymetholone is a potent oral anabolic steroid derived from dihydrotestosterone. More specifically, it is related to mesonolone, and differs from it by the addition of a hydroxymethylene group at position 2. This change makes the steroid activity completely different. Oxymetholone is a powerful anabolic steroid. Dihydrotestosterone and melanolone are very weak, because they are very easily exposed to 3-alpha hydroxysteroid dehydrogenase. Oxymetholone, however, remains active. In standard animal tests, it shows significantly greater anabolicity than testosterone or methyltestosterone. The same tests show that its androgenicity is more than 4 times less than its anabolicity, although in humans it is not so. Oxymetholone, as many believe, is one of the most potent steroid sold. Beginner for 6 weeks, he can grow by 9-15kg. He delays the water, and most of the increase will be water. This may not really appeal to the athlete, although he may feel larger and stronger under oxymetholone. Oxymetholone increases the volume and strength of muscles. Muscles contract better, a large amount of water provides better protection of connective tissues. Increases elasticity, reduces the risk of injury under weight. It should be noted that too much weight gain can increase the burden on connective tissues. Traumas of the thoracic and biceps are usually associated with the limiting weight, and here oxymetholone can have to do with it.

Oxymetholone was first described in 1959. It began selling in the US in the early 1960s under the names anadrol-50 and android. The drug was originally used only for anabolic purposes, for the treatment of exhaustion, postinfection complications, osteoporosis. The recommended dose was 2.5 mg three times a day. Initially, the drug was available only in dosages of 2.5.5 and 10 mg. Despite the good reviews, in the 1970s the area of ​​its application was narrowed, and it was only used to treat anemia. Strengthening erythropoiesis is a trait of all AAS, however, oxymetholone gave a rapid increase in the level of erythropoietin. This led to the appearance of a 50 mg version of the steroid. In recent years, recombinant erythropoietin epigen and erythropoietic peptides have appeared and they began to displace oxymetholone, since their use did not have such side effects. In the mid-1990s, athletes were afraid that its production would generally be curtailed. In July 1997, Syntex sold all rights to anadrol-50 in the US, Canada and Mexico to Unimed, which certified it as a medicine for HIV / AIDS patients. Patients with HIV usually have anemia and an opportunistic infection. Oxymetholone effectively fought with anemia and general weakness and exhaustion of patients. In 2003, the second part of the HIV treatment program started, and oxymetholone was also used to treat obstruction of the lungs and lipodystrophy. Oxymetholone remains available outside of the United States, but its sale is controlled.

Oxymetholone is available in some pharmacies. The composition and dosage can vary depending on the country and the manufacturer, but in most cases it is available in the form of tablets of 50 mg.

Structural features:
Oxymetalone is a modified form of dihydrotestosterone. It differs: 1) by the addition of a methyl group in position 17-alpha, which protects the steroid from destruction by oral administration and 2) by the addition of a 2-hydroxymethylene group that removes the effects of 3-a-hydroxysteroid dehydrogenase and increases anabolic activity and bioavailability.

Oxymetholone is a strongly estrogenic steroid. Gynecomastia is possible during the course, especially at high doses. Water retention can also be a problem, the appearance of muscles is lost and the fatty layer grows. Strong side effects may cause the course to take an anti-estrogen such as tamoxifen or clomid. It is important to note that oxymetholone does not aromatize in the human body. This steroid is a relative of dihydrotestosterone, which also does not aromatize. Anti-aromatase, such as citadrene or arimidex – will not help on the course with oxymetholone. Some suggest that its estrogenic activity is associated with progestin, as in nandrolone. Side effects may be similar. Medical studies, however, have shown that there is no progestogenic activity in  oxymetholone. Perhaps it simply activates estrogen receptors, like methandriol.

Oxymetholone is classified as anabolic, but androgenic side effects are still possible. It can be increased skin fatness, acne, hair growth on the body and face. High doses are likely to cause them. Anabolic steroids can worsen male hair loss. Women in addition need to remember the potential virilizing effects of AAS. This may include coarsening of the voice, irregular periods, changes in the structure of the skin, growth of facial hair, and an increase in the clitoris. It is interesting to note that some oxymetholone is converted to dihydrotestosterone, although this does not occur under the influence of 5-a-reductase. Oxymetholone in structure is already dihydrotestosterone, and changes can not take place. In addition to 17-alpha alkylation, buy oxymetholone is distinguished by the addition of a 2-hydroxymethylene group. This group can separate, leaving powerful androgen mesonolone. There is an opinion that this transformation increases the androgenic activity of the drug. Oxymetholone does not react with 5a-reductase and its androgenicity can not be changed by the parallel application of finasteride or dutasteride.

Oxymetholone is a 17-alpha alkylated drug. This change protects the drug from decontamination by the liver, allowing a greater percentage of the drug to enter the bloodstream after oral administration. Alkylated AAS can be hepatotoxic. Admission for a long time or in large doses can lead to liver damage. In rare cases, a life-threatening dysfunction may develop. It is advisable to periodically visit a doctor on the course to monitor liver function. Consumption of alkylated AAS is usually limited to 6-8 weeks to avoid an increase in liver stress. Oxymetholone has a saturated A-ring, which somewhat reduces hepatotoxicity, however, the doses commonly used can have a strong effect. Studies in which 31 elderly men took 50-100mg per day for 12 weeks showed a significant increase in ALT / AST. A second study, in which 30 patients took 50 mg daily, showed a significant increase in glutamyltransferase in 17% of patients, an increase in bilirubin level in 10%, and an increase in albumin level in 20%. One patient became ill with a complex form of peloid hepatitis, during which a number of cysts filled with blood are formed in the liver, although it can not be said that this action of oxymetholone.
You can advise to apply on the course of additives that purify the liver, such as liver stabil, liv-52 and essential forte. 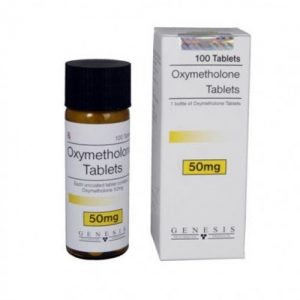 AAS can have a harmful effect on blood cholesterol. This may be a decrease in the level of “good” HDL cholesterol, a shift in the balance towards the risk of atherosclerosis. The relative effect of AAS on lipids depends on the dose, the route of administration, the type of steroid and the level of resistance to hepatic metabolism. AAS can have a negative impact on blood pressure and triglycerides, reduce the relaxation of the vascular endothelium, provoke ventricular hypertrophy, potentially increasing the risk of cardiovascular disease and heart attack. Oxymetholone has a strong effect on the regulation of cholesterol by the liver because of its un-aromatizing structure, structural resistance to breakdown and the route of administration. Studies for 12 weeks in the elderly who took 50-100 mg of oxymetholone daily showed an increase in LDL and a significant decrease in HDL (by 19 and 23 points, respectively, in both groups). Use of oxymetholone is better restricted to people with high cholesterol or a family history of cardiovascular disease.
To reduce the burden on the cardiovascular system, it is recommended to minimize the intake of saturated fats, cholesterol and simple carbohydrates during the AAS course. Recommended use of additives, such as fish oil, lipid stabil or similar products.

All AAS in doses required for muscle building suppress endogenous production of testosterone. Without intervention stimulating the production of testosterone substances, testosterone will return to normal levels within 1-4 months after the course. Note that in the long term hypogonadotropic hypogonadism can develop into a secondary one and this may require medical intervention. It should be noted that the problems after the course of oxymetholone may be as great as the increase in the rate. You do not need to worry much about this, many people use post-course restoration programs. Some before the end of the course switch to nandrolone decanoate, for several weeks. This gives a false sense of maintaining the mass of muscles. In any case, the water will leave after some time after the end of the course, and nandrolone does not improve the recovery of testosterone levels.

Studies have shown that taking oral AAS along with food reduces the bioavailability of the drug. This is caused by the fat-soluble nature of AAS, which can allow part of the drug to dissolve in fat from food, which will reduce the absorption of AAS in the gastrointestinal tract. For maximum effect this drug should be taken on an empty stomach.

Earlier, in medical practice, doses of 2.5 mg three times a day were popular. Doses above 30 mg were rarely used. Now recommend 1-5 mg per kilogram of weight, followed by a decrease to 1-2 mg per kilogram. At a dose of 5 mg per kilogram, a dose for an 80 kilogram person is obtained in the region of 400 mg per day. The same patient can take 150 mg at a dose of 2 mg per kilogram. Therapy usually lasts 3-6 months. For use in sports purposes, the dosage drops to 25-150 mg, in courses of 6-8 weeks. This level is sufficient for a strong increase in mass and strength. Higher doses are rarely used due to estrogenic side effects and liver problems.

Oxymetholone has never been prescribed to women in the United States. It is not recommended for use in women because of its androgenic activity, which can cause virilization phenomena.